The Perils of Parabens

Parabens are widely used as germ-fighting preservatives in a number of cosmetics and personal care products including deodorant, shampoo, makeup, lotion and toothpaste. Methylparaben and propylparaben are the most common, each appearing in well over 10,000 of the 25,000 products in the Environmental Working Group’s Skin Deep cosmetic-analyzing database. According to the Campaign for Safe Cosmetics, parabens are known to disrupt hormone function—an effect that is linked to an increased risk of breast cancer and reproductive toxicity. Parabens mimic the female sex hormone estrogen (which plays a central role in puberty and reproduction) by binding to estrogen receptors on cells.

Earlier this year, a comprehensive study published in the peer-re-viewed Journal of Applied Technology showed evidence of a correlation between parabens and incidences of breast cancer. Researchers from the University of Reading in the UK found that virtually all of the breast cancer tissue samples collected from women participating in the study contained at least one paraben, and more than half of the samples contained no less than five parabens.

For the study, tissue samples were taken from 40 women who had undergone a mastectomy for breast cancer, none of whom had received chemotherapy or radiation before the mastectomy. The samples were collected from the Manchester Genesis Breast Cancer Prevention Center between 2005 and 2008 and tested to see if they contained parabens. The researchers examined four tissue samples from each of the 40 women, taken from four locations across the breast from the armpit region (axilla) in towards the breast bone (sternum). One or more parabens was detected in 99% of tissue samples (158 of 160 analyzed) and all five parabens were detected in 60% of samples (96 of 160 analyzed). They found that the highest concentration was for n-propylparaben and methylparaben, with lower concentrations of n-butylparaben, ethylparaben and isobutylparaben. The overall average total paraben concentration was 85.5 billionths of a gram per gram of breast tissue.

Despite the connection, Philippa Darbre, Ph.D., a cancer researcher at the University of Reading and the study’s lead author, said parabens cannot be identified as the sole cause of breast cancer. “I remain as ambivalent as ever about hounding any one chemical,” she says. “I feel sure the issue is bigger than one chemical. We simply use too much in the modern world—too much for our body systems and too much for the wider environment.”

A month after the study’s release, the Cosmetic Ingredient Review (CIR) attempted to debunk any concerns over the carcinogenic effects of parabens by issuing a statement assuring consumers that parabens are safe.

“The cosmetic industry formally requested that CIR re-examine the safety of parabens as they are used in cosmetics, and we are gratified that the panel has done so and confirmed the safety of these ingredients,” said Halyna Breslawec, chief scientist for the Personal Care Products Council, in a statement. “The Council also appreciates that the Consumer Federation of America and the U.S. Food and Drug Administration supported the CIR decision.”

Nonetheless, paraben-free cosmetics and personal care products are quickly gaining popularity. Jeremiah McElwee, a senior coordinator for Whole Foods Market confirmed that, “the number of paraben-free items has increased dramatically.” A Target spokesperson also said there has been an increased demand for natural and organic beauty options 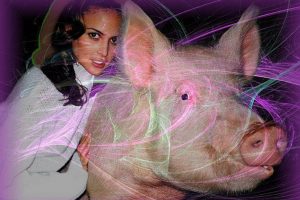 Model Josie Maran’s makeup line was recently launched with the tagline “luxury with a conscience”—and for her, that means no parabens. “I come from a family of cancer,” Maran says. When she created her line, “Of course, parabens were the number one ingredient to go.”

“Parabens don’t belong in our body-care products or in our bodies,” BCA states on their website. The organization urges companies who use the Susan G. Komen for the Cure pink ribbon logo to “make good on their claim to be leaders in the fight against breast cancer” by removing parabens from their products. “After all, corporate conscience belongs in a company’s products, not just in its marketing,” they add. 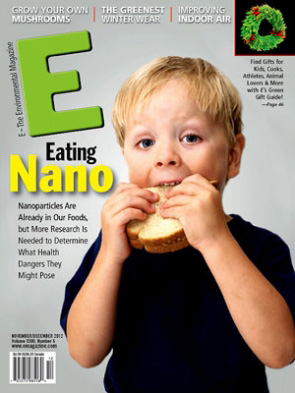