Environmental problems are emerging all over the world and Britain is no exception. One of the major problems happening on the Isles has to do with wildlife extinction which is happening on a regular basis. 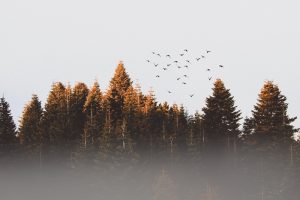 But what is the problem and how can it be resolved? Here are 5 main reasons why all of this is happening now.

Intensive farming has caused a lot of species to lose their natural habitat and die out. Many meadows, trees, and hedgerows are being cut down or destroyed for the sake of agriculture. It also affects soil health as it has greatly diminished.

You should also know that agriculture accounts for almost 70% of the land used in the UK. It leads to dwindling numbers of such species like the skylark, the tree sparrow, the linnet, the grey partridge, and the yellowhammer

Most of our plastic goes unrecycled and ends up in the sea. Britain is one of the developing countries which is having a major problem when it comes to proper dealing with plastic waste. It mainly goes to waste and is discarded improperly besides the fact that there are better ways to dispose of plastic and waste collections companies can tell you all about it.

Since most plastic ends up in rivers it affects fish and birds. Many species start consuming plastic waste and there are tons of examples where animals have been found with bellies filled with plastic waste.

Whether you want to admit it or not, climate change is real. It may also have a devastating effect on wildlife in the UK as well as the rest of the world. Most people think that it will affect polar bears and animals living on the pol. But once the weather starts to change on a global level many species will be affected.

As weather conditions change so will the food supply lessens for certain species. Some will die out while others will be forced to find alternatives that are not going to be suitable for them. Migrating birds will also disrupt their pattern of moving about and will have an added effect on them.

One of the more devastating situations that England is going through now as the problems with its rivers. More than half of them are unswimmable and are polluted. It is not safe to get fish from it nor go in. England’s rivers are very important to it. It does not only provide fresh water to drink but helps the industry, agriculture, and wildlife especially.

The rivers are polluted from pesticides and fertilizer that is being dumped by big industries. Although in some situations this is perfectly legal, they don’t let the river pure itself first before contaminating it some more.

It seems that the people of England have started to take a stand on pesticides, but the question is if it is too late or not. Last year, one type of pesticides was banned form use as it affected the bee population in the country. However, this is just one of them as there are hundreds of more being used and overused for various purposes.

We cannot be to explain what kind of effect this has on wildlife. It does not only go directly in the crops and earth during farming, but it also goes almost everywhere and is very difficult to cure. If things continue this way it will cause irreversible damage from where one cannot go back from.