Dear EarthTalk: While I love chocolate, I’ve heard that cocoa bean agriculture is environmentally destructive and exploits workers in tropical rainforests around the world. Is this true?

For centuries, small farmers across the world’s tropical rainforest zones have been cultivating native strains of cocoa in sustainable, chemical-free ways. To this day these small cocoa farms, with their wide variety of plant life and profusion of shade, are known for the plethora of wildlife—including howler monkeys, ocelots and parrots—that they support in the process. 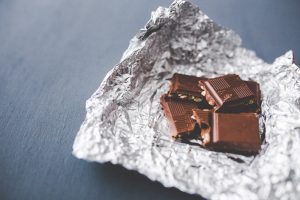 However, as the global appetite for chocolate has increased over the last half century, industrial cocoa farms have taken over the majority of production, clearing vast tracts of tropical rainforest and planting low-quality hybrid cocoa designed to flourish in open fields in the hot sun, and with the help of tons of fertilizers and pesticides.

These intensive practices have increased erosion and run-off, reduced soil fertility, contaminated crucial water supplies, and destroyed wildlife habitat. And the large-scale nature of the production processes has drawn entire communities into the labor pool, leading to violations of fair labor standards in places where enforcement, let alone the rule of law itself, is often non-existent.

In response to this unfortunate trend, many cocoa “cooperatives” have sprung up around the world to help small farmers get their products to market while protecting the environment and enabling them to earn a living wage. The New York-based Rainforest Alliance has been instrumental in helping these small cooperatives compete on the world stage. Since 1999, the group has worked with farm cooperatives to develop guidelines for environmentally sound and socially responsible cocoa production. As a result of their efforts, more than 2,000 small growers now grow all of their cocoa without the use of pesticides and under the shaded canopy of the rainforest, just like their ancestors had been doing for centuries.

In some cases, the very success of such cocoa cooperatives can also hurt the rainforest by encouraging more people to start their own small cocoa farms in place of existing tropical rainforest. In the long run, this piecemeal destruction could take a significant toll on the character and biodiversity of the world’s tropical rainforests. According to Melissa Schweisguth of the international human rights organization, Global Exchange, much of the problem is economic. “Farmers are cutting the rainforest because they’re impoverished and can make money selling timber and growing cocoa.” Schweisguth reports that more than half of the rainforest in the Ivory Coast, for instance, has been cut for cocoa plantations.

According to research by Global Exchange, organically grown cocoa sold according to fair trade standards benefits more than 42,000 farmers in eight countries. Consumers interested in purchasing organic fair trade cocoa should look for brands certified by Transfair USA, which monitors international fair trade standards on cocoa and a wide variety of other products.