Prepping for a Rocky Future

Chris Martenson is a scientist turned corporate vice president turned financial guru for the environmentally inclined. After embarking on his own journey of scaling back, becoming more self-reliant and learning to value community, he’s gone on to teach others through an online video series The Crash Course and recent book The Crash Course: The Unsustainable Future Of Our Economy, Energy, And Environment

(Wiley). His lessons weave together energy, environment and economy and aim to give people tools to both prepare for—and thrive in—financial realities to come. Below, E talks with Martenson about his personal transformation and teachings.

E Magazine: A few years ago you made some radical changes in your professional and personal life. Could you tell us about them? 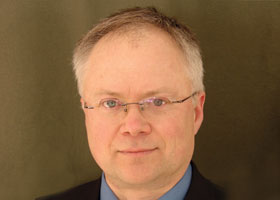 Chris Martenson: In 2003 I was living in a five-bathroom house on the coast of Connecticut, and was vice president of a very large company. Later that year I was renting a very small house in a rural part of Massachusetts and figuring out how to gently terminate my company position. I had no clear idea of what I was going to do. But I had enough information to suggest that the future was going to be substantially different from the past. My wife and I came to the conclusion that the lifestyle that we were leading was not nearly as resilient as the lifestyle we wanted to be leading, given what we thought was coming. We changed everything—literally everything—about our lives. The good news is that we cut our standard of living in half and we doubled our quality of life, maybe tripled it. We now feel much better positioned personally, in our community and with the people around us.

E: What is the Crash Course online video series?

C.M.: The Crash Course contains essential content about how the economy functions and connects that to the energy situation we’re currently facing. It comes to the conclusion that there’s a gigantic fundamental mismatch between how our economy operates and reality. The basics of that mismatch are simply this: Our economy is built on growth, and it—like everything that grows in nature—uses energy and resources for that growth. The Crash Course explores the fact that energy is the master resource and that everything else is built on top of that. We’re at a point where we can’t get any more of the master resource, so the economy has stopped growing. As a consequence of having that worldview, I was able to predict how the housing bubble was going to end and things that were going to happen economically—the stock market, gold, silver. This predictive power has been very, very beneficial for me and for thousands of people who’ve watched the Crash Course. It can change how people think and act. And that’s the point of all this—that we really have to change our actions.

E: What could people do individually as well as in their communities to prepare for a future with much less oil?

C.M.: The most important thing that anybody and everybody can do right now is do something. There are an enormous number of people who are simply sitting with the idea of a very different future, but no actions in their lives align with that new thinking. When your actions are out of alignment with your thinking it creates anxiety, stress and fear. We strongly advise people who are feeling anxious about the future that the best way to get relief from that is to do something. It could be as simple as putting one extra can of food in your pantry, or it could be tearing up your front lawn and putting in a garden. The next thing we advise is to do this with other people, because it’s more fun, and it becomes a community action all on its own. You don’t have to learn everything in the world when other people have complementary skill sets and knowledge.