Putting an End to "Pinkwashing" 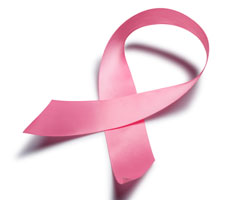 October is National Breast Cancer Awareness Month—and many major companies have incorporated a pink ribbon on their product labeling to show they support the “race for a cure” to end breast cancer. But many such companies are accused of “pinkwashing”—or using consumer sympathy regarding breast cancer, which killed over 40,000 women in the United States in 2007—to up the sales of their unhealthy or even carcinogenic product.

Breast Cancer Action (BCA) launched “Think Before You Pink” in 2002 to take on the companies they feel are guilty of pinkwashing. They’ve asked carmakers BMW, Ford and Mercedes to clean up their cars before they market them in the name of breast cancer. Chemicals like benzene and 1,3-Butadiene, commonly found in vehicle exhaust, have been linked to mammary cancer in animals and/or breast cancer in humans. Their “Put a Lid on It” campaign came down on Yoplait yogurts, which were sealed with a pink ribbon-decorated film supporting Susan G. Komen for the Cure (the largest cancer organization in the world). The campaign was based on an online petition demanding the CEO of General Mills, the manufacturer of Yoplait, to stop selling yogurts that contained milk treated with Recombinant Bovine Growth Hormone (rBGH). rBGH, also known as Recombinant Bovine Somatotropin (rBST), is injected into cows so they will produce more milk, and research suggests that a number of health concerns, including breast cancer, are associated with the consumption of dairy products from cows treated with rBGH. Thanks to pressure from BCA and other activists, Yoplait’s yogurts are now rBGH-free. And two weeks after General Mills announced they were going rBGH-free, Dannon made the same promise to consumers—a remarkable victory considering these two companies represent two-thirds of America’s dairy products.

Last year, Think Before You Pink rallied against Kentucky Fried Chicken and Susan G. Komen for the Cure’s “Buckets for the Cure” campaign. According to BCA’s website, it “seems both ridiculous and unethical” to frame the breast cancer epidemic as something “curable” through repeated consumption of foods at a fried chicken franchise. They added that, “KFC, owned by the world’s largest restaurant company, could surely afford to donate the $8.5 million independently of the Buckets for the Cure promotion. Instead, they have decided to use this opportunity to improve their brand and drive up sales of their products.” Though Komen told BCA that their “partnership focuses on healthy options at KFC like grilled chicken and vegetables, BCA noted that KFC was sued over their grilled chicken’s high levels of PhIP, a byproduct of the grilling process that is listed on the state of California’s list of carcinogens. When a Physicians Committee for Responsible Medicine (PCRM) scientist visited six different KFC stores, obtained two grilled chicken samples from each location, and sent them to an independent testing laboratory, all 12 samples were found to contain PhIP. PhIP, part of a chemical family known as heterocyclic amines (HCAs), has been linked to several forms of cancer, including breast cancer, in dozens of scientific studies. No safe level of ingestion has been identified. Every sample also tested positive for at least one additional type of HCA.

This year, their petition is seeking a recall of the Susan G. Komen for the Cure perfume, “Promise Me” that they argue “harms women’s health in the name of breast cancer.” BCA’s website states that the perfume “contains chemicals which are categorized as toxic and hazardous, including galaxolide (a synthetic musk that works as a hormone disruptor and has been detected in blood, breast milk and even newborns) and toluene (a potent neurotoxicant linked to a variety of demonstrated negative health effects and known by most people as one of the ‘toxic trio’).”

The new documentary “Pink Ribbons, Inc.” also aims to shed light on “pinkwashing.” “I think it’s still not a bad idea, but I was very afraid of all the corporations and how they hijacked the disease and how they made profits out of that, and how there is pinkwashing in the process of doing fund-raising,” said director Lea Pool. The film questions the priorities of corporate-sponsored breast cancer awareness campaigns and the broad use of the pink-ribbon logo as a fight-breast-cancer addition to products as diverse as T-shirts, toilet tissue and handguns. Also questioned is the logic of focusing on cancer treatment rather than prevention considering pharmaceutical companies stand to gain more if people use their drugs.

But plenty of prestigious studies are focusing on prevention. The Harvard School of Public Health is currently conducting the Vitamin D and Omega-3 Trial (VITAL) at Brigham and Women’s Hospital and Harvard Medical School in Boston, Massachusetts. VITAL is a research study involving 20,000 men and women across the U.S. investigating whether taking daily dietary supplements of vitamin D3 (2000 IU) or omega-3 fatty acids (Omacor® fish oil, 1 gram) reduces the risk for developing cancer, heart disease and stroke in people who do not have a prior history of these illnesses.

Harvard is looking to magnify existing research, like one study from Creighton University in Omaha, Nebraska, that found that 1,200 healthy postmenopausal women taking calcium (1,500 mg) plus vitamin D (1,000 IU) every day were 77% less likely to be diagnosed with cancer—mostly of the breast—over the next four years than those given a placebo.

Harvard Medical School Professor of Medicine and Brigham and Women’s Hospital Division of Preventative Medicine Chief Dr. JoAnn Manson wants to take a deeper look into these findings before “we jump on the bandwagon.” “The results need to be replicated,” she told the Center for Science in the Public Interest.

The progress of the VITAL study will be updated on Harvard’s website.