Mayors from 70 of the world’s largest cities gathered in San Francisco last week to sign onto the Urban Environmental Accords—a municipal version of the Kyoto Protocol on climate change—in the latest example of municipalities working to tackle global warming to counter inaction by the United States, the world’s largest emitter of the so-called “greenhouse gas” carbon dioxide. 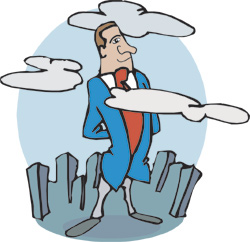 “We cannot afford to wait for the state or federal government to do the job. There are too many excuses going around, particularly in this country,” said San Francisco Mayor Gavin Newsom. “Increasingly, the world will look at mayors to become the stewards of the environment since the vast majority of the pollution comes from cities.”

The agreement spells out 21 specific actions mayors can take to make their cities greener. Those who signed on, including the mayors of London, Rio de Janeiro, Tehran, Capetown, Seattle, Sydney and Shanghai, to name a few, have committed their cities to adopt at least three new policies involving economic incentives or legislation relating to mitigating global warming. Some measures include adopting policies to use renewable power, boost energy efficiency, and reduce emissions of carbon dioxide.

“It’s a real roll-up-your-sleeves approach,” commented Susan Ode of the nonprofit Local Governments for Sustainability. “They’re actions that truly will help and can be implemented by local governments and communities.”